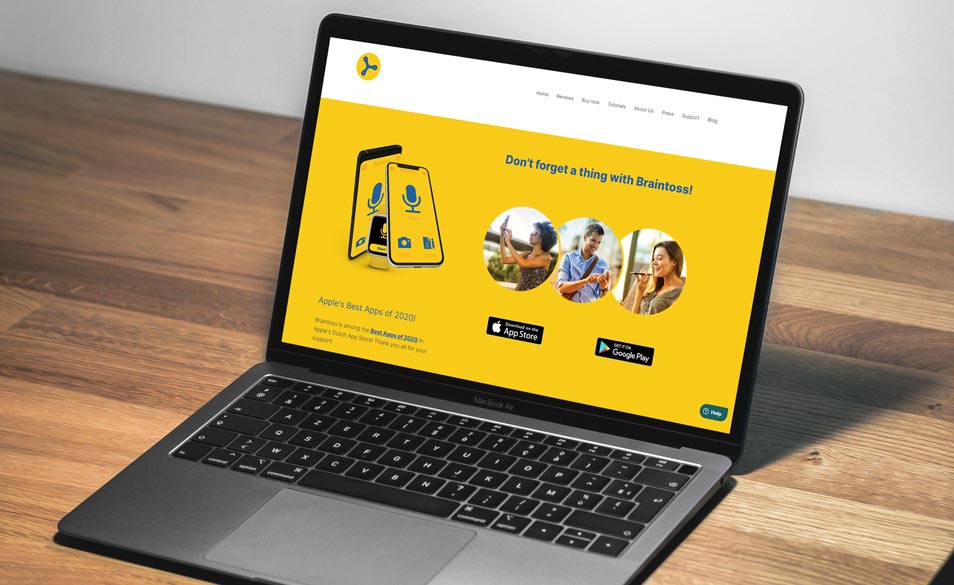 The client contacted Vega IT to improve their existing application.

After detecting and fixing the application issue, we continued to improve the original code and created a new extension for Apple Watch.

Braintoss is an application that allows its users to capture all their to-do's in one click. The users can send images, text, and voice notes directly to their inbox to process later.

Our client's unique approach in simplifying the thought capturing process was quickly recognised among the users and became one of the best apps of 2020 in Apple's Dutch App Store.

The application is available on App Store and Play Store.

The initial scope of the project was to improve a small segment of the existing code.

After successfully completing the first phase of the project, our team continued working on the application and making it more stable, intuitive, and user-friendly.

Once we improved the app's architecture, our goal was to develop an extension for Apple Watch and increase our client's services coverage.

With our engineering mindset, our team managed to identify existing issues in the application quickly. They improved the logic and reliability of our client's service to the app's users.

For the Apple Watch extension, we used Flutter and iOS native code, and our team developed the software which parsed the date from the watch to the user's phone. The received data from the phones get further processed to the user's email.

For mobile applications, we have used Flutter.

For developing the Apple Watch extension on watchOS, we have used Swift.

The team consisted of 3 software developers.

The launch of the improved application and Apple Watch extension were successful.

The users were satisfied with the app's stability & simplicity, which led to the increased ratings of the applications on the App Store and Play Store.