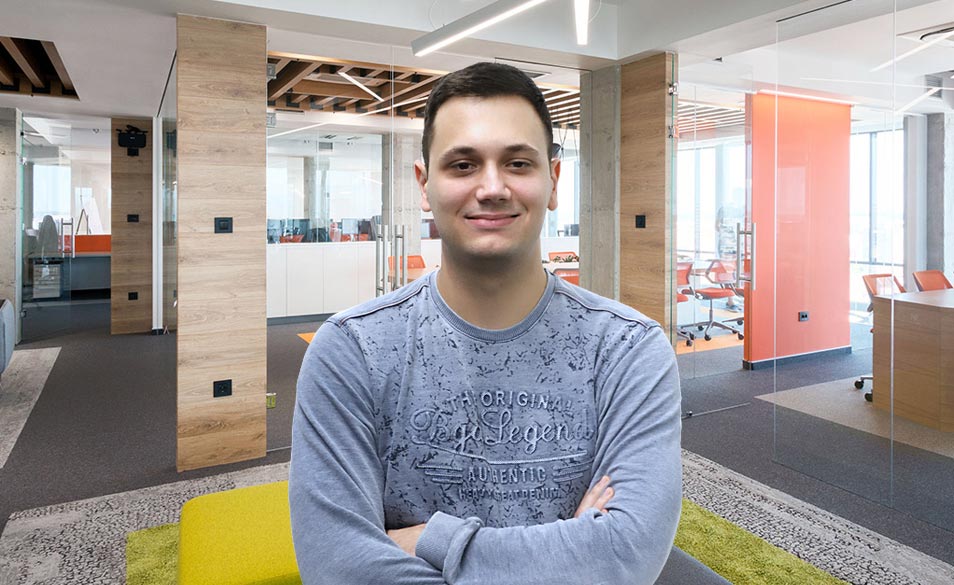 Animations are the transformations of application elements, which enable us to create a vivid and interactive user interface. Complex mathematical operations are performed in order to resize our elements, change their position, rotate them, and similar, for the given time, and interpolation curves.

Regarding operations, such as animations, which require a lot of data in the shortest time frame possible, this bridge can become a bottleneck, and therefore cause issues in the app performance. Many people would think that with such architecture, it would be impossible to satisfy more complex user interfaces, but the React Native development team has spotted this issue and has already tackled the potential problem.

The React Native development team has made the Animated Module, which comes as a part of the default React Native framework. They solved the problem in a relatively easy way, by offloading all the element animation operations from the JS thread, to the UI thread.

How can animation module help you?

The React Native development team has made the Animated Module, which comes as a part of the default React Native framework. They solved the problem in a relatively easy way, by offloading all the element animation operations from the JS thread, to the UI thread.

This approach allows us to animate the elements in the full strength of the device, without having our business logic (the logic of the JS thread) influence the animation performance.

As an example, we can see what the difference is between the given cases. By clicking the OVERLOAD JS button, we will overload the JS thread with a demanding business logic in order to see the impact on the animation in progress.

*NATIVE DRIVER: OFF comment - In this example, we can even notice that the JS thread and the UI thread are not completely synced. It is not even necessary to overload the JS thread with the user interaction.

Also, we can take the example of Paperchase Plus, an app for ordering personalised notebooks and gift cards (at the moment of writing). Paperchase wanted a complex and vivid interface, which was made possible using React Native.

However, there are some limitations. At this moment, we can animate only one subset of styles using the Animated Module on the UI thread, which include transformations such as scaling, position changing, rotation, level of transparency, etc. On the other hand, things which make up the very element layout can't be animated using the UI thread, such as height, width, the distance from the top/bottom parent, etc.

As a solution for the animation limitations, we have the Reanimated Library which has been actively developed and used for several years. Also, the stable, production version of Reanimated 2 has recently been released. In combination with the React Native Gesture Handler Library, the JS thread can really no longer influence user interface performances.

With this architecture, writing business logic in React Native comes with all its benefits. The benefit which should be pointed out, when talking about animations, is that everything animation-related is completely supported by both iOS and Android platforms, so it is enough to write and maintain only one codebase.